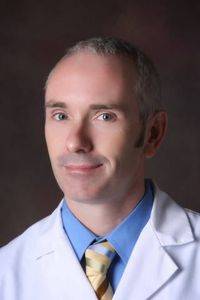 Dr. Clay Mattson grew up on the coast of Maine in the town of Bucksport.  Having bad eyes as a young child and watching his grandfather go blind from macular degeneration, Dr. Clay Mattson developed an interest in optometry at an early age.  He received a Bachelor of Arts degree in Biology/Pre-Med from The College of the Holy Cross in Worcester, Massachusetts.  Dr. Clay Mattson then decided to escape the cold New England winters and moved to California where he earned his Doctor of Optometry degree form the University of Californa Berkeley School of Optometry in 2000.  Dr. Clay Mattson moved to Lexington, Kentucky and started his practice in Nicholasville in 2000.

Dr. Mattson and Dr. Carpenter happily merged their lives when they married in 2005 and then merged their practices to form EyeMax.